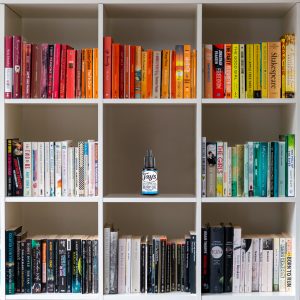 What is Tay’s Hemp Oil ?

Clean. Pure. Rich in CBDA. Tay’s Hemp Oil is full of all the good stuff. Packed with beneficial hemp cannabinoids, terpenes and flavonoids, Tay’s Hemp Oil is pure hemp goodness in each and every drop.  Cold-pressed extraction means our hemp oil is pure, raw and completely natural. No solvents, no fillers, no artificial anything. Just pure hemp oil, exactly the way nature intended.

What do we mean by “full spectrum” hemp oil? It’s simple. This is pure hemp oil that contains a full spectrum of cannabinoids, terpenes and flavinoids, all cannabis compounds that are known to work harmoniously together to provide a “better” effect than isolated cannabinoids. Minimal processing means Tay’s Hemp Oil is as close to nature as you can possibly get. Pure, raw and bursting with full spectrum benefits.

What’s the Difference Between CBDA and CBD?

Cannabidiolic acid (CBDA) is the acidic precursor to CBD. In order to become CBD, CBDA must be exposed to heat in a process known as decarboxylation. Technically speaking, decarboxylation is a chemical process where a molecule is changed and “activated” by the release of carbon dioxide. When CBDA goes through decarboxylation, the release of carbon dioxide removes the acid group from the molecule, and you’re left with CBD. Research shows the CBDA is not only better absorbed by the body, but is more biologically active than CBD.  LEARN MORE

Is All Hemp Oil the Same?

All hemp oil is not created equal. Tay’s Hemp Oil is as pure as it comes: raw, all-natural and cold-pressed extracted. This is hemp oil as close to its natural state as possible, so you receive the most optimal benefits you possibly can. Our pure, full-spectrum hemp oil is extracted from the entire hemp plant without the use of any heat, solvents or gases. A cold-press extraction method that “crushes” the entire plant matter, essentially squeezing out the beneficial oils hemp contains. The end result? Pure, raw hemp goodness, chocked full of all of hemp’s beneficial compounds, including a full spectrum of cannabinoids, terpenes, flavonoids, antioxidants, vitamins, minerals and more. No filler oils, nothing watered down and nothing no unnatural anything. Why settle for less when Tay’s offers the best?

What is a Cannabinoid ?

Cannabinoids are some most important chemical compounds in cannabis.  Why? It’s cannabinoids that are largely responsible for the wellness potential cannabis contains. Cannabinoids have a powerful effect on the body’s endocannabinoid system (ECS).  LEARN MORE

What is the Endocanninoid System (ECS) ?

Ever wonder why cannabinoids like CBD and CBDA are suggested to be beneficial for everything under the sun and then some? It all comes down to how these cannabinoids interact with the endocannbinoid system. Responsible for things like mood, memory, sleep, pain perception and more, some say the ECS is the most important physiological system that exists!   LEARN MORE

It can be easy to confuse hemp oil and hemp seed oil. The two are often used interchangeably, but they’re not the same at all. Sure, both are sourced from the hemp plant and are full of their prospective benefits. Hemp seed oil is just that,  though. Oil pressed from hemp seeds. Yes, full of lots of good stuff your body needs (hemp seeds are considered a super food, you know), but they’re lacking one very
important ingredient: cannabinoids.
For those looking to support the ECS and take advantage of the myriad of benefits cannabinoids like CBDA and other are suggested to contain, it’s full-spectrum hemp oil they’re really looking for. Hemp oil (often referred to as hemp extract) is full of cannabinoids, terpenes, flavonoids and other compounds. This is where the real power is. Don’t be fooled by companies trying to pass off hemp seed oil as a full-spectrum, cannabinoid-rich hemp oil. While they’re both great for supporting wellness, there’s a big difference between the two.

What’s the difference between Hemp and Marijuana?

Both are cannabis. Hemp won’t get you high. Marijuana will.  LEARN MORE

Why Was Hemp Illegal For So Long?

It shouldn’t have been. It won’t get you “high”. It’s completely safe, non-habit forming and full of potential benefits. When marijuana was outlawed in the 1930’s, hemp was outlawed right along with it. For almost 100 years it stayed this way…until very recently. Why did it take so long for the the government to change it’s stance on hemp? We’re glad you asked.  LEARN MORE